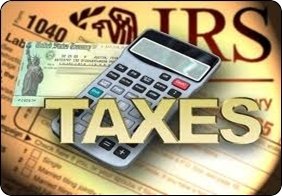 The goal of the EB-5 program is economic stimulation and job creation. Therefore, the creation of a specific number of particular types of jobs is one of the program’s key stipulations. Each investor must create a minimum of 10 permanent full-time positions filled by qualified employees.

An EB-5 investor must have their funds fully committed to the project and a strong business plan ready to go before they can file Form I-526, the approval of which results in conditional permanent residency. The business plan must include specifics on how the investment will lead to the creation of 10 new jobs within two years. After two years, the investor must prove that the necessary jobs were saved or created as part of the I-829 application to remove the conditions from his or her permanent residency.

Foreign nationals have two ways to invest in an EB-5 project: through direct investment or through the use of regional centers.

With direct investments, EB-5 job creation is as straightforward as tracking the number of W-2 employees directly hired as a result of the project. These jobs are also known as “direct jobs.” Direct investments limit job creation numbers to positions created directly by and for the business investment. Construction jobs count toward the requisite 10 jobs only if construction lasts more than 24 months.

For direct investments, the investor is responsible for providing all necessary documentation to United States Citizenship and Immigration Services (USCIS) to prove that a new commercial enterprise was created and that the investor actively manages it. The investor must also prove that 10 full-time positions, filled by qualified workers, were created as a result of the project.

Proving these things may require the investor to retain and maintain copies of many documents. If the individual investor is organized and enlists third-party assistance (such as attorneys and accountants), the direct investment model may be a suitable choice.

When using a regional center, as most EB-5 projects do, job creation is more nuanced. In addition to direct jobs, regional centers can also include indirect and induced jobs toward the calculation of the required number of jobs. Indirect jobs are those created as a result of new demand generated by the project. Jobs that originate from spending to meet the demands of the investment project are considered indirect jobs as well. For example, if a restaurant were being built, indirect jobs would be those created by companies that manufacture the kitchen equipment. Induced jobs are those that result from a change in the household spending of the individuals employed by the direct and indirect jobs that were created. In the restaurant example, direct hires might include chefs and servers. Those employees of the restaurant will spend their wages in the local economy, at places such as movie theaters and gas stations, which creates a further (induced) hiring need at those businesses.

Regional centers use input-output economic modeling to prove EB-5 job creation. The basic concept behind this model is that for every dollar spent on a project and / or every dollar of revenue generated by the project (both considered to be inputs), a certain number of jobs are created (output). These jobs are determined by using economic multipliers such as RIMS II, which are supplied by the U.S. Bureau of Economic Analysis and which help translate economic inputs (dollars) into economic outputs (jobs). Multipliers vary by region and category, such as construction, architecture and engineering, manufacturing, agriculture, and so on.

To determine the economic impact of an EB-5 investment, including the number of jobs created, it is often necessary to enlist the services of an economist, who will deliver a report on the investment. The economist’s report verifies that the EB-5 project is expected to deliver the number of jobs promised by the business plan and its budget.

Both ways of making an EB-5 investment have pros and cons, but EB-5 projects have become increasingly reliant on the use of regional centers as part of the project documentation process used to prove job creation. Thus, the regional center is more frequently employed. This is because the use of a regional center offers a broader view of economic impact, leading to higher job creation numbers and a larger amount of EB-5 capital from more investors.